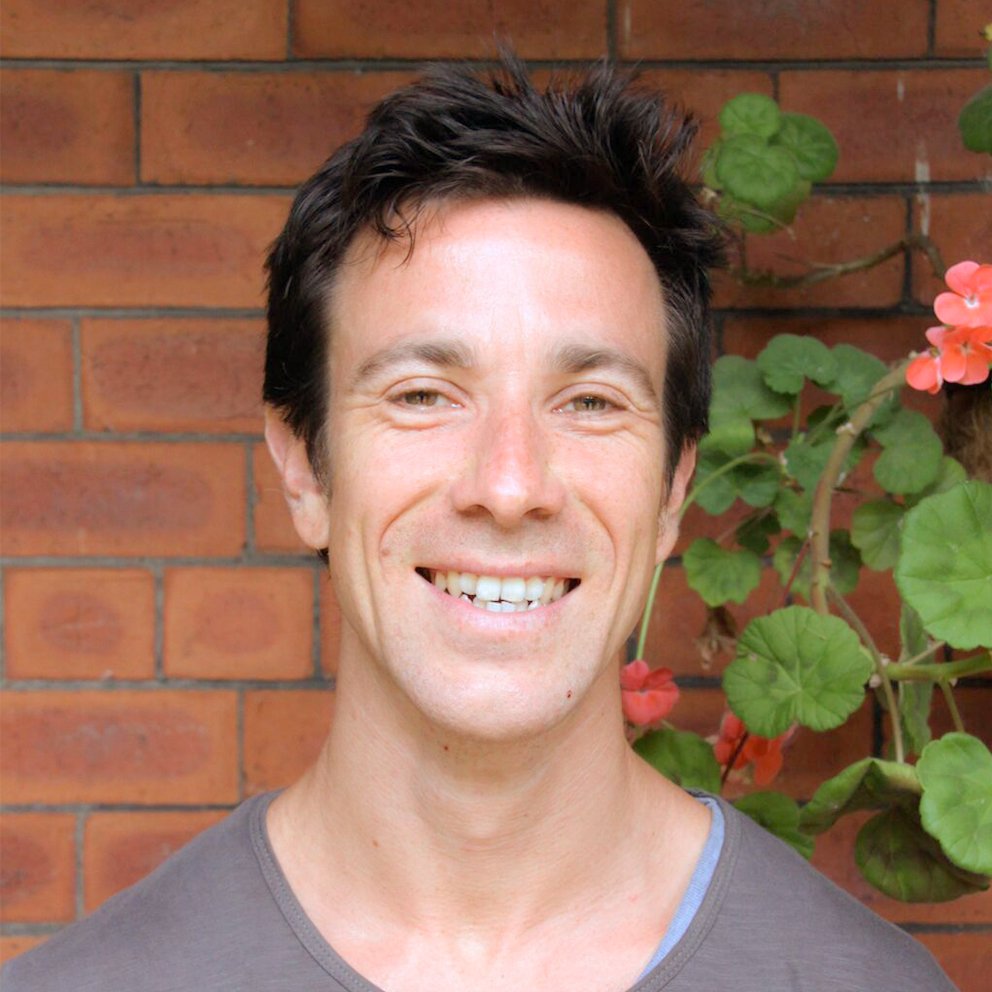 Joey Miles came to yoga after a mis-spent youth pursuing the circus, martial arts and physical theatre. At Goldsmiths University of London he directed the Yoga Society for 3 years, took up Aikido and sat regularly with the FWBO (Friends of the Western Buddhist Order). After completing his degree in Drama he became an assistant to Hamish Hendry at Astanga Yoga London.  During this time he studied annually with his Guru Sri K. Pattabhi Jois in Mysore and in 2004 was authorised to teach the Primary Series. From 2005-8 he taught the daily Mysore program at Triyoga, Primrose Hill, London.

In 2006 Joey began practicing Iyengar Yoga with Alaric Newcombe.  The attention to alignment, precision and subtle detail has greatly influenced his practice, teaching and perception and he regularly gets scolded now in Mysore by Sharath Jois for doing standings too wide! In 2009 Joey moved to Leeds where he set up and continues to run Yorkshire’s first 5 day a week Mysore program: Ashtanga Yoga Leeds. On a recent visit to Mysore Joey assisted daily for a month and was given Authorisation level 2; (blessing to teach the intermediate series) by Sharath Jois of KPJAYI.

Grounded and approachable, Joey’s ‘common sense’ approach to Ashtanga stems from his deep respect for the traditional method of practice, combined with experimental knowledge of alignment and anatomy.  Joey brings a fresh pair of eyes to your practice, giving guidance on how to work with the sequence and how to make the sequence work for you.  Joey’s pragmatism, humour and caring nature will leave you feeling inspired and deeply connected with your practice.