Deprecated: Function get_magic_quotes_gpc() is deprecated in /home/customer/www/mahalaya-nepal.com/public_html/wp-includes/load.php on line 649 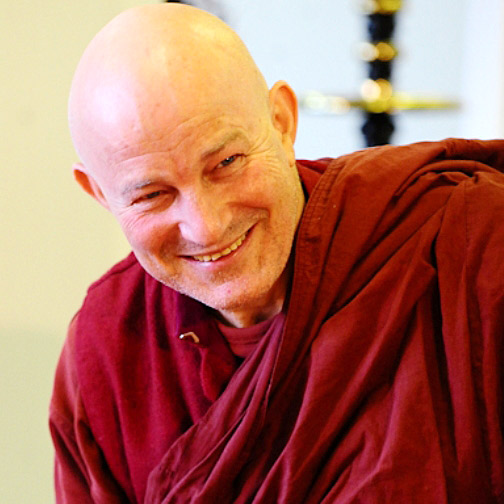 Bhante Dhammadipa was born in Czechoslovakia, where he studied Chinese literature and philosophy. He later pursued his studies in Jerusalem, Berlin and Paris, before enrolling at the Nalanda University in India to study Sanskrit and Buddhist philosophy. He then lived in Japan, Sri Lanka and Burma, studying and practicing as a Buddhist monk under renowned contemporary masters of Buddhism.

One of his principal teachers was the Burmese meditation master Pa Auk Sayadaw, who recognized him as his first Western disciples qualified to teach meditation.

Ven Dhammadipa’s years of training in retreat combined with his extensive scholarly background make him an ideal teacher, able to guide students in transformative meditation practice grounded in a deep understanding of the path. He has extensively taught the Dharma in both theory and practice, and led students in meditation retreats in Europe, North and South America, India, China, Taiwan, and Southeast Asia. He speaks Czech, French, German, English, Russian and fluent Chinese and reads and translates Buddhist texts from Pali and Sanskrit. Ven Dhammadipa taught a highly successful meditation program at IBA in the 2013 Summer Program.